A network of reproductive rights advocates is working to share information about self-induced abortion, both in person and over the Internet. 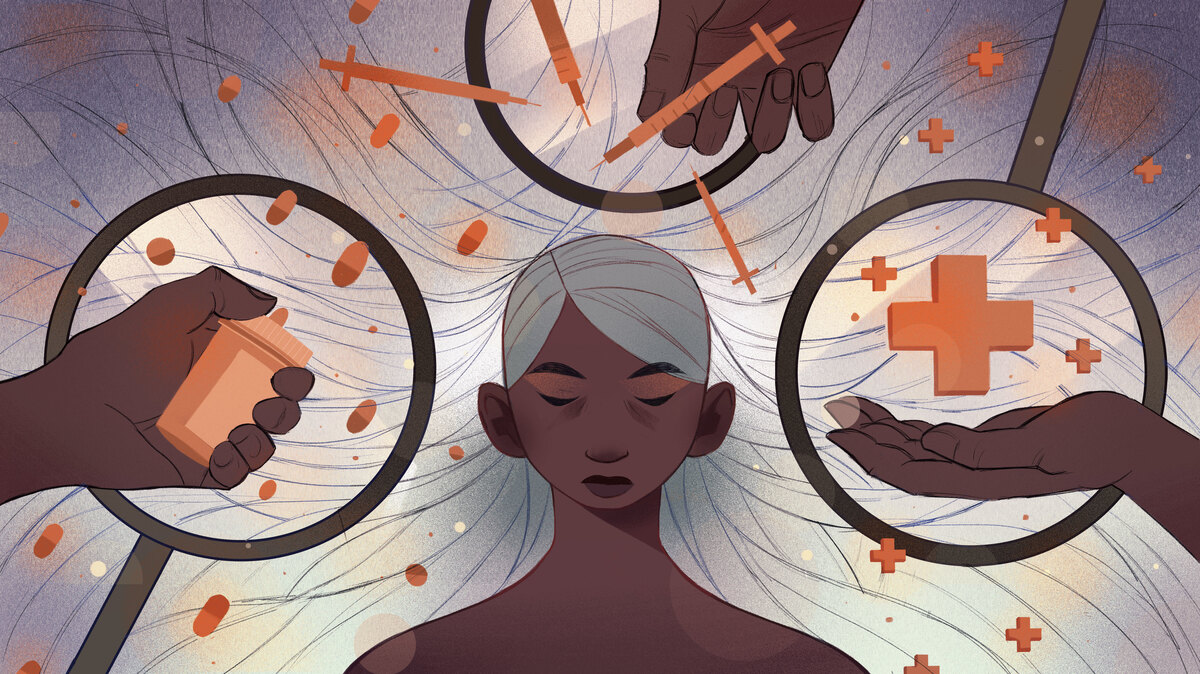 A network of reproductive rights advocates is working to share information about self-induced abortion, both in person and over the Internet.

When Arlen found out she was pregnant this year, she was still finishing college and knew she didn’t want a child.

There’s a clinic near her home, but Arlen faced other obstacles to getting an abortion.

“I started researching about prices, and I was like, ‘Well, I don’t have $500,’ ” said Arlen, who is in her 20s and lives in El Paso, Texas. We’re not using her full name to protect her privacy.

Her research led her to information about self-induced abortion using pills.

“For me it was … like taking my power back. Like, ‘I’m going to do this, some way or another,’ ” Arlen said. “I don’t want silly people and the government making silly laws.”

The Food and Drug Administration has an approved two-drug protocol for medication abortions, a combination of misoprostol and mifepristone. Mifepristone is especially heavily regulated in the U.S., and the combination is typically prescribed by a doctor during the first 10 weeks of pregnancy to cause what’s essentially a medically induced miscarriage.

That two-drug combination is most effective, but the World Health Organization says misoprostol alone can also be used to safely induce abortion, provided patients get follow-up care.

Arlen learned online that she could get misoprostol — sold to treat ulcers — at a pharmacy across the border in Juárez, Mexico.

“Even my friend that was with me, she was kind of shocked about how easy it was,” she said.

Arlen didn’t want to take the pills alone. So back in El Paso, she went to a friend’s home and followed instructions in a manual she’d found online. After a lot of cramping and some vomiting, she said, she’d passed both blood and tissue within several hours.

“The first time I saw blood I was so relieved,” Arlen said. “Because I wasn’t happy about it, but I was just like, ‘Ah, it worked!’ “

At a time when getting an abortion at a clinic is becoming more difficult in many places, a network of reproductive rights advocates is working to share information about self-induced abortion, both in person and over the Internet.

Planning ahead for a post-Roe world

In a downtown St. Louis storefront last month, Michele Landeau, of the Gateway Women’s Access Fund, addressed a small group of activists who gathered for an information session on self-induced abortion.

A sticker handed out at a recent forum in St. Louis on self-induced abortion. 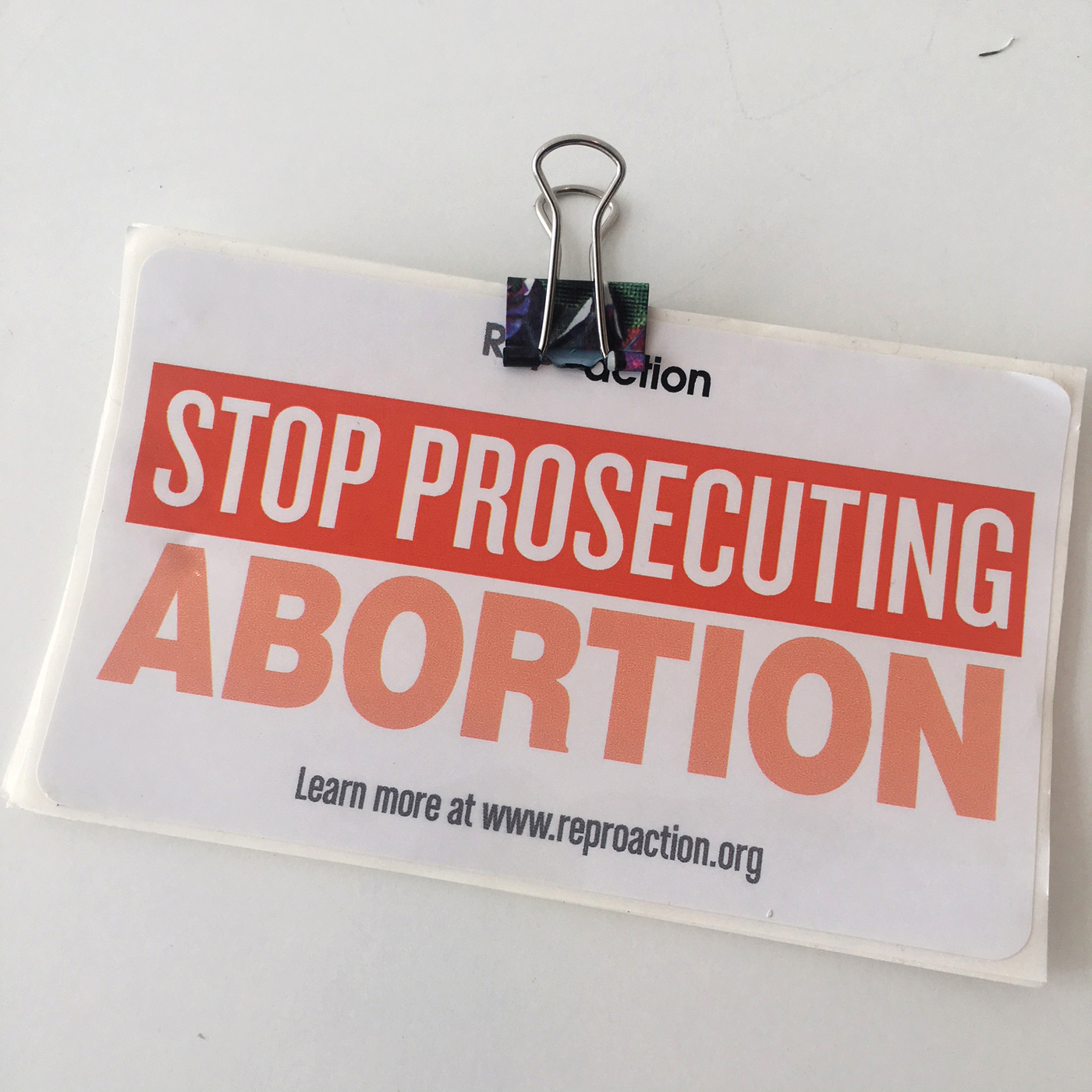 A sticker handed out at a recent forum in St. Louis on self-induced abortion.

“We are trying to plan ahead for the possibility that abortion might not be available in the state of Missouri,” Landeau told them.

The last clinic in Missouri that provides abortions could soon be forced to stop offering the procedure because of a dispute with state regulators. Missouri is among a growing number of states where lawmakers have passed bans on abortion early in pregnancy. Missouri’s law is one of several currently tied up in legal challenges and that anti-abortion activists hope will end up before the U.S. Supreme Court.

Self-induced abortion used to be seen as dangerous and taboo; reproductive rights advocates often have raised the specter of back-alley procedures or women using grisly, dangerous methods such as a coat hanger to end a pregnancy at home.

But Landeau said people seeking abortions now — even in a restrictive environment — are living in a different world than before 1973, when the Roe v. Wade decision legalized abortion nationwide.

“The days of coat hangers and dying on the floor of a hotel room — the Internet has happened since them, and a lot of advances in medical science have happened since then,” she said. “So it’s not going to look the same as it did pre-Roe.”

Self-induced abortion isn’t new; women have always found ways to end unwanted pregnancies, though not always safely. But interest in information about the practice appears to be growing, though data on how common it is are limited.

“It’s difficult to collect data on self-managed abortion precisely because it’s self-managed,” said Megan Donovan, senior policy manager at the Guttmacher Institute, which supports abortion rights. “And there’s no easy way of identifying or tracking who’s doing it and where or when.”

A new report from Guttmacher suggests an upward trend in women trying to self-induce; the organization’s latest survey on abortion rates, from 2017, found that 18% of non-hospital facilities said they had treated at least one person for an attempted self-induced abortion, up from 12% when the data were last collected, in 2014.

Susan Yanow, with the international reproductive advocacy group Women Help Women, is training activists from around the country to provide information about self-induced abortion. She said one project that focuses on self-induced abortion has seen its Web traffic spike in the past couple of years, especially around the time of the confirmation of President’s Trump’s most recent Supreme Court nominee.

“There was a huge jump during the Kavanaugh hearings, when I think people started to really realize that access to clinic-based abortion might be going away in many places,” Yanow said. “There has been steady growth even since last summer, when those hearings were taking place.”

For women who can’t cross the border to Mexico, the Internet is reshaping their options.

A student and stay-at-home mom in Roanoke, Va. — who asked us to call her by her first initial, S. — said she ordered abortion pills online without seeing a doctor about three years ago, through a pharmacy based outside the United States. S. said she could have gone to a clinic in her area, but she didn’t want to wait weeks for an appointment, like she had for a previous medication abortion.

“With a credit card,” she said. “It showed up within two weeks. So by five weeks [pregnant], I was able to take the pills and start the abortion.”

S. went with a two-drug combination she was able to get online. It’s not the one preferred by the American College of Obstetricians and Gynecologists, because it’s less effective.

But S. said it worked for her. Still, she had some fears about taking the pills herself.

S. said she had a plan to call an ambulance or go to a nearby hospital if she had any complications.

An emergency backup plan is critical for anyone thinking of self-inducing, said Daniel Grossman, an OB-GYN and reproductive health researcher at the University of California San Francisco. He said self-induced abortion can be safe, if done correctly.

“The bottom line is I don’t have serious medical concerns about the safety of people self-managing an abortion on their own — if they have information about evidence-based regimens, about how to use these medications,” Grossman said. “If they know, for example, that it’s important to know how far along they are in their pregnancy, they know how to take the medications and if they have access to backup care in case of a rare complication.”

Another concern with ordering pills online is ensuring that the drugs are of high quality and labeled correctly. An organization called Plan C has been purchasing and testing the quality of abortion medications available on the Internet.

“In the interim, we know that people are already doing this through online purchasing,” Wells said. “And we want to make sure they have the information that they need to do that safely and effectively.”

The American College of Obstetricians and Gynecologists has no official position on the safety of self-induced abortion. But the group opposes the criminalization of it, and says the FDA-approved protocol for medication abortion in early pregnancy is safe and effective.

Ingrid Skop, an OB-GYN in San Antonio and the chair-elect of the American Association of Pro-Life Obstetricians and Gynecologists, is morally opposed to abortion. She also worries that some women may not be able to self-induce safely.

“If a woman is further along in the pregnancy than she realizes — and that happens frequently, we change due dates a lot — because maybe she has irregular periods or she just wasn’t paying attention,” Skop said, “the failure rate is much, much higher.”

Abortion pills are less likely to be effective as a pregnancy progresses. Skop also points to a recent study in the reproductive health journal Contraception in which about half of reproductive healthcare providers surveyed thought self-induced abortion was safe.

The fear of prosecution

There are also legal concerns. Abortion rights advocates worry that women like Arlen and S. could be prosecuted for running afoul of laws and regulations surrounding abortion and abortion pills. 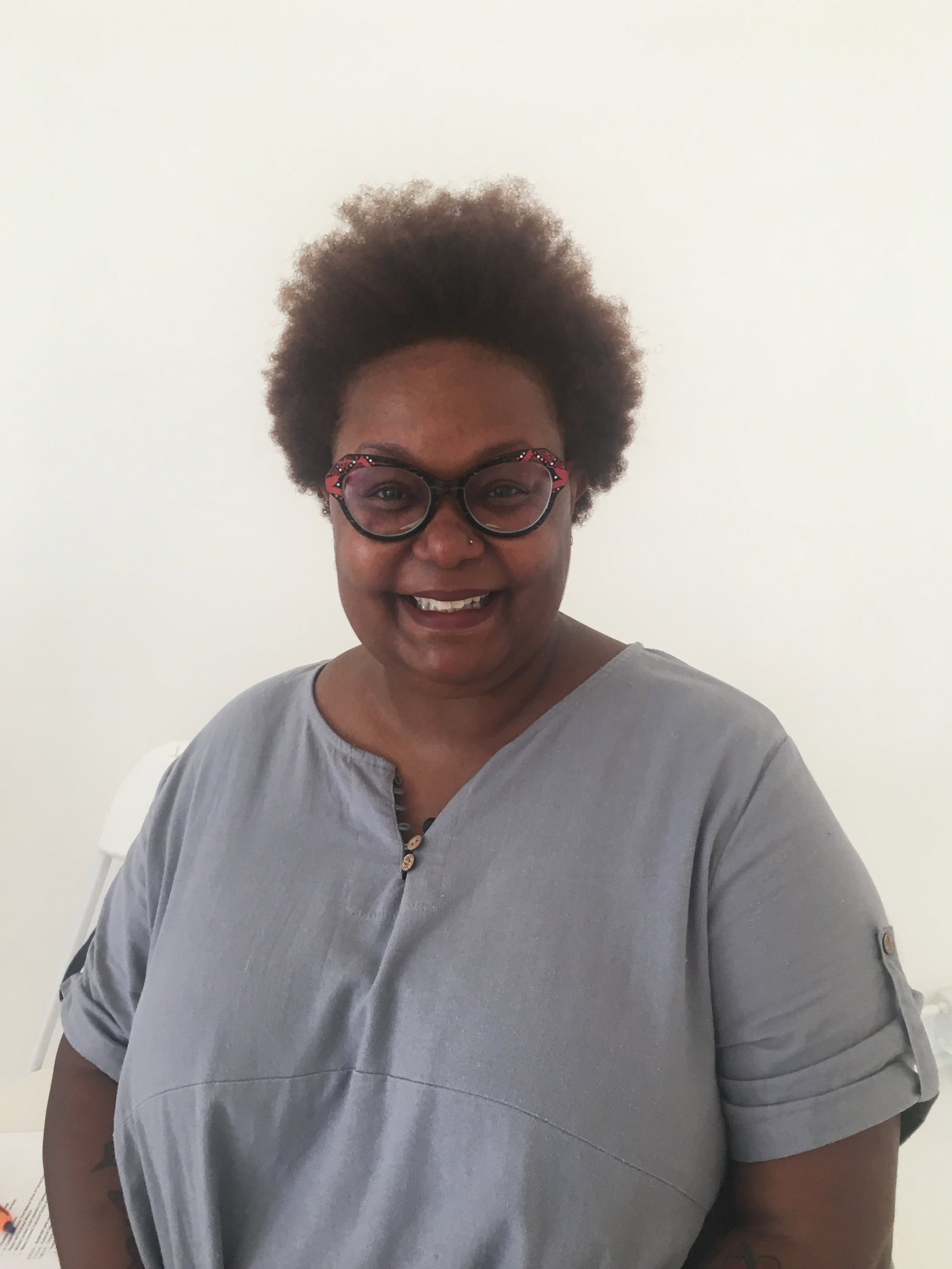 Pamela Merritt, co-founder of the reproductive rights advocacy organization Reproaction, led the self-induced abortion forum in St. Louis. She told activists that prosecution of women is her major fear.

“If you walk away from this forum with anything, understand the logical consequence of an abortion ban in 2019 is not a wire hanger — it is jail,” Merritt told the group.

Farah Diaz-Tello is senior counsel for If/When/How, a legal advocacy group that advises patients on reproductive rights issues, including self-induced abortion. She notes that many Americans order a range of prescription drugs online already. She said she advises patients that abortion drugs are not “extra illegal.”

“This is just a function of our broken health care system, and so abortion pills are a very small part of that,” Diaz-Tello said. “Even though it’s not considered legal when people order their medications online without a prescription, they, in general, are not punished for it.”

The fear of prosecution is real, if a bit premature, said Mary Ziegler, a law professor at Florida State University. Some states prohibit self-inducing abortions, but Ziegler said prosecutors often have been reluctant to press charges.

“Because I think from a standpoint of politics and optics, it’s a disastrously bad idea for pro-lifers to prosecute women,” she said.

But Ziegler said it has happened, and she can imagine more of that happening in the future.

Already this year, the FDA has issued a warning letter to a European physician who prescribes abortion pills to American women over the Internet through an organization called Aid Access. It accused the organization of violating federal law and raised concerns about the safety of providing mifepristone and misoprostol over the Internet. A recently published study in Contraception found that when supervised by a remote health care provider, the two-drug combination can be safely and effectively dispensed through telemedicine.

The doctor, Rebecca Gomperts, has sued the FDA, and her lawyer told NPR he’s concerned that both she and her patients could face prosecution.

If new state laws restricting abortion are upheld, clinics are likely to close. Ziegler said that would leave women in those states with few options for ending unwanted pregnancies, and state officials may feel pressure to prosecute them.

“There’s gonna be, I think, really extreme pressure on legislatures in Georgia and Alabama to prosecute women,” Ziegler said, “simply because women in many of these cases would be the only people you could prosecute if you wanted to enforce the law.”

Ziegler said the next phase of the battle over abortion rights could be focused less on clinics and more on the patients who seek — or self-induce — abortions.