Former Vice President Joe Biden is laying out a foreign policy vision that speaks to domestic economic concerns on the minds of voters, while assailing President Trump’s handling of international affairs. 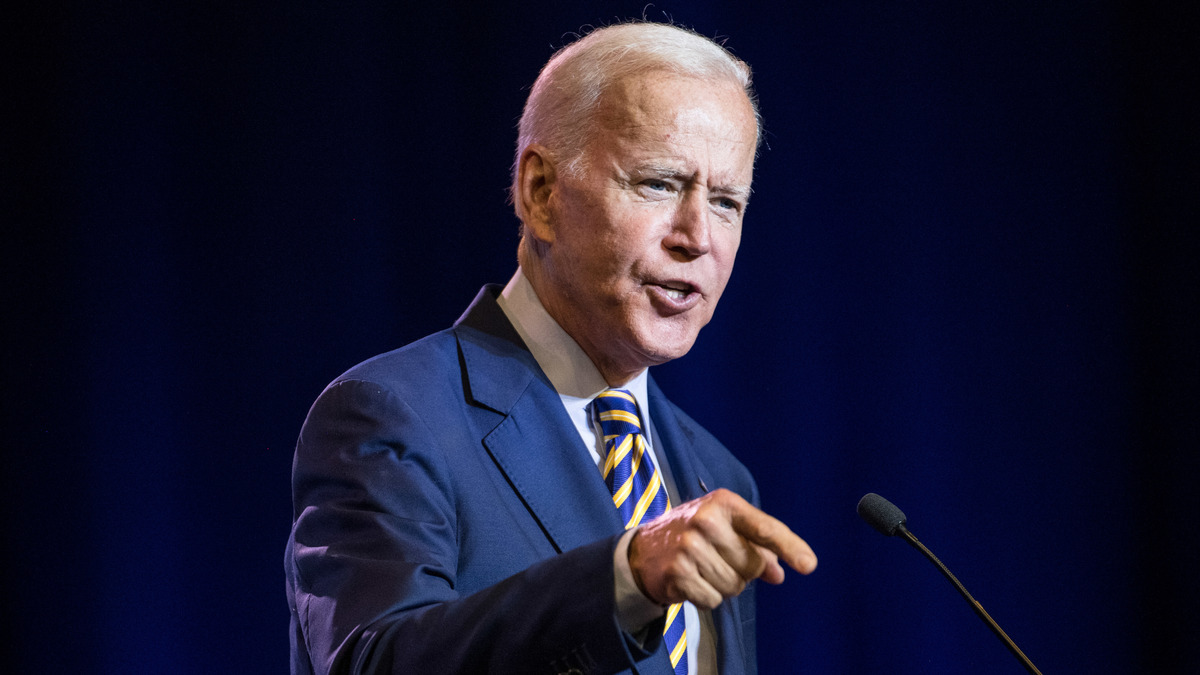 Former Vice President Joe Biden is laying out a foreign policy vision that speaks to domestic economic concerns on the minds of voters, while assailing President Trump’s handling of international affairs.

President Trump has made undoing the Obama Administration’s foreign policy record one of his top priorities. So it’s no surprise that former Vice President Joe Biden — who played a key role in implementing now-abandoned agreements like the Paris climate agreement and the Iran nuclear deal, sees Trump’s foreign policy as a disaster.

If that wasn’t stark enough, the video begins with the image of the United Nations General Assembly laughing at President Trump during a speech to the body.

The Biden foreign policy platform encapsulates a main theme of the former vice president’s campaign: restoring the things the Trump Administration has spent the past two-and-a-half years ripping up. But it also encapsulates the way the political dynamics at home and abroad have shifted since Biden left office.

Biden would prioritize repairing damaged relationships with NATO and European Union allies, and then use those renewed relationships to confront global threats like the rise of authoritarianism, as well as climate change. One of Biden’s first steps, his campaign says, will be to “convene a summit of the world’s democracies.”

When Biden last ran for president, in 2008, foreign policy dominated the political discussion. The Iraq War – which Biden initially voted for but quickly opposed — was the front and center issue in the Democratic primary, with Iran, Afghanistan and several other global hot spots in the mix, as well.

That suited the chairman of the Senate Foreign Relations Committee just fine, and although Biden dropped out of the 2008 race after Iowa, his reputation as an experienced, steady foreign policy hand helped put him on the Democratic ticket with Barack Obama.

In 2019, foreign policy is barely a blip on the campaign radar. Democratic voters are worried about issues like health care, income inequality, climate change, and above all else, the political challenge of defeating Trump. So it was notable that when the Biden campaign laid out the speech, the senior campaign official briefing reporters spent so much time emphasizing how it would be rooted in domestic policy.

“The first pillar of the foreign policy is to repair and reinvigorate our own democracy,” the official said. “It goes to some very basic things including everything from remaking our education system to getting greater transparency in our political system.” The official went on to list economic reforms, and policies aimed at boosting the middle class.

That mirrors the way other leading Democratic candidates have framed their foreign policy platforms: as extensions of the economic reforms they’ve built their own political brands on.

“We need to end the fiction that our domestic and our foreign policy are somehow separate from each other, and recognize that policies that undermine working families in this country also erode America’s strength in the world,” Massachusetts Sen. Elizabeth Warren said last fall.