Then-FBI Director Robert Mueller testified during a Senate hearing in 2013. Lawmakers are studying old film to prepare for his hearing scheduled for next week. 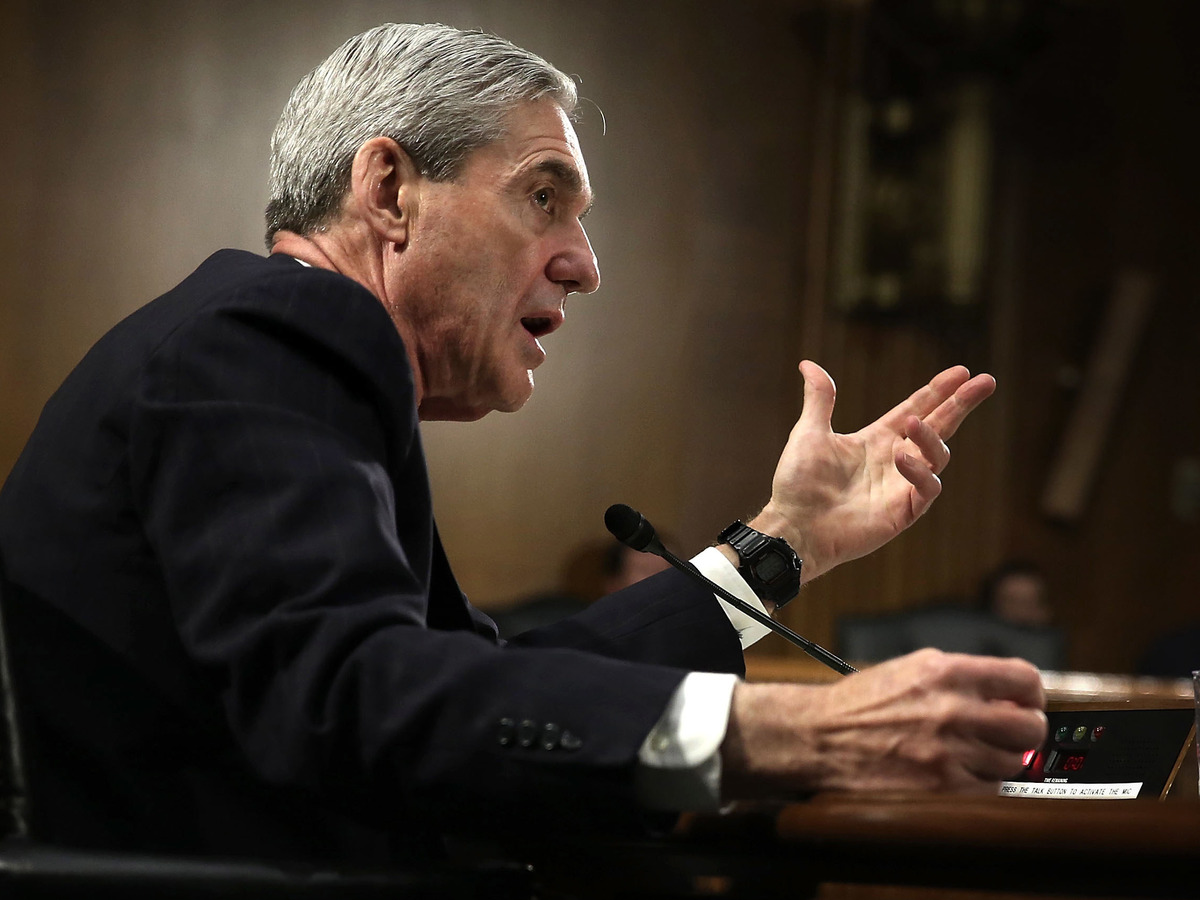 Then-FBI Director Robert Mueller testified during a Senate hearing in 2013. Lawmakers are studying old film to prepare for his hearing scheduled for next week.

Members of Congress likely won’t confine themselves to former special counsel Robert Mueller’s report when they question him next week in two open hearings, staffers said.

Mueller, who is reluctant to appear, has said he would confine himself to what he’s already written — but the House Permanent Select Committee on Intelligence won’t.

“I would expect us to ask some questions that would require answers that are not necessarily in the four corners of the report,” an intelligence committee staffer said.

“We do not expect him to violate any policies, laws or regulations. But there is no policy, law or regulation that says he cannot go beyond … a report that he selectively wrote. There were obviously parts of the investigation that were not included… so there’s no reason why he can’t discuss his investigation.”

The intelligence committee will focus on highlighting interactions between President Trump’s campaign, WikiLeaks, and Russia. The special counsel’s office documented an extensive number of contacts but did not establish a criminal conspiracy.

Lawmakers on this panel would focus more on the evidence than on the legal conclusions that Mueller ultimately drew, aides said.

Staff members on the intelligence and Judiciary Committees briefed reporters about their preparations for the hearings on the condition they not be identified.

The Judiciary Committee, meanwhile, is expected to note Mueller’s stated belief that his report is the testimony, but members will try to find ways to draw new insight by staying within the document.

Democrats on the committee don’t expect some “big dramatic revelation,” a Judiciary Committee aide said, but instead to “have dots connected.”

Democrats want Americans to see and hear Mueller tell his story on TV in a bid to reach more people than have likely read his more than 400-page phone book of a report.

Aides want the story be told about the actions taken by President Trump, and how the Justice Department’s treatment of him differs from how they would treat any other individual.

“Any other American who did these things would be criminally charged,” added another Judiciary committee aide. “We want every American to understand that you have a president who has committed the most serious kinds of offenses possible.”

Republicans, meanwhile, also are likely to seize the opportunity to try to induce Mueller to repeat stories embarrassing for the FBI or Justice Department. Trump supporters have spent months attacking federal law enforcement and Mueller personally.

The two panels have divided the types of questions they’ll ask. The House Judiciary Committee plans to focus on Volume II of the Mueller Report, which lays out the evidence for alleged obstruction of justice by the president.

Judiciary committee staff members said that they would highlight five or six specific incidents of possible obstruction of justice:

— The president’s direction to former campaign staffer Corey Lewandowski to deliver a message to Attorney General Jeff Sessions to limit the scope of the investigation.

— The president’s direction to Lewandowski asking him to fire Sessions if he refused to comply.

— The president’s alleged witness tampering with regard to Paul Manafort and Michael Cohen.

The intelligence panel will focus on Volume I, which lays out Russian interference and the Russian government’s links to the Trump campaign.

“What Volume I actually shows is that Russia did engage in a shocking attack on our democracy,” said an intelligence committee aide.

“But even more so, that instead of going to law enforcement, the Trump campaign … instead welcomed it, welcomed the help, and used the help, and even went so far as to build some of their campaign messaging around Russia’s assistance.”

Aides said members of Congress would be careful to ask Mueller questions — as opposed to using their time to make statements — and aides from both committees said they have carefully studied the former special counsel’s previous congressional appearances.

They expect a lot of ‘yes’ and ‘no’ answers.

“He never gives a ten-word answer when a one-word answer will do … so we’re taking that into account as we prepare how to best elicit answers from him,” a Judiciary committee aide said. “Part of our preparation is connecting the dots with a witness who does not want to be in this hearing in particular … he does not volunteer information easily.”