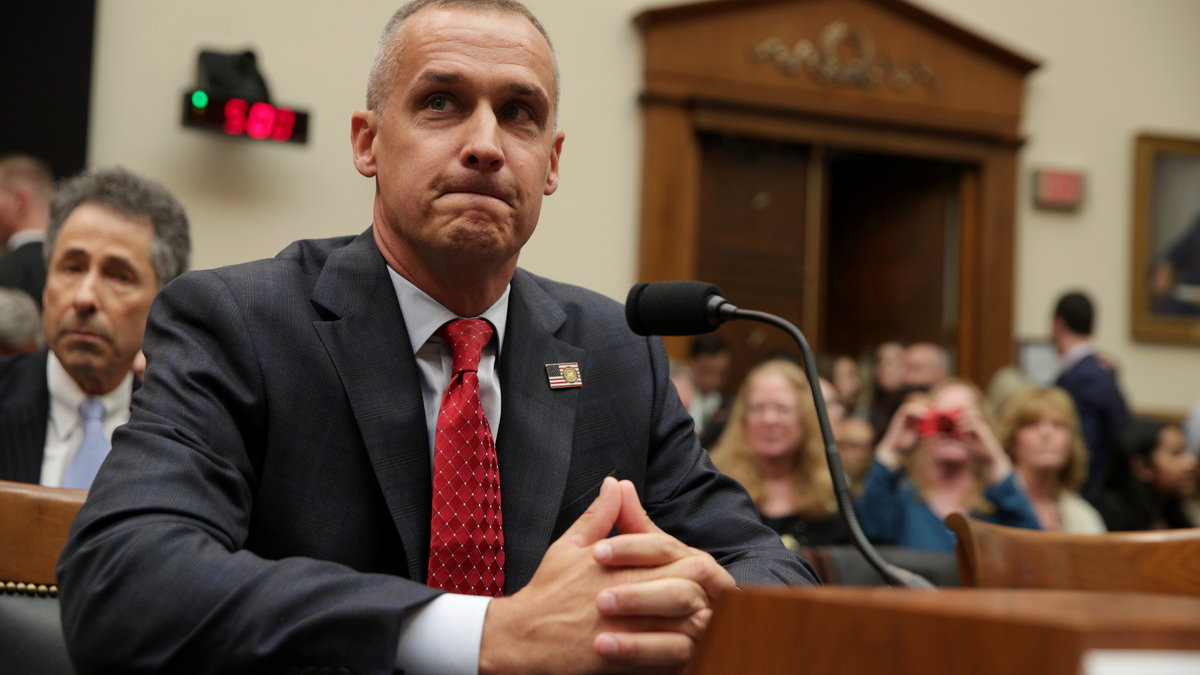 President Trump’s former campaign manager jousted with House Democrats on the Judiciary Committee Tuesday in a combative hearing that each side hoped might strengthen its narrative about the legacy of the Russia imbroglio.

Corey Lewandowski became the rare Trump world insider to meet Democrats in Congress eye-to-eye — and he went on offense over the aftermath of special counsel Robert Mueller’s investigation into Russia’s attack on the 2016 presidential election.

“Interest in the fake Russia collusion narrative has fallen apart,” Lewandowski said. “It’s now clear the investigation was populated by many Trump-haters who had their own agenda.”

He also declined to respond to the substance of many questions by House Judiciary Committee Chairman Jerry Nadler, D-N.Y. and other Democrats who asked about the role Lewandowski was described as playing in the Mueller report.

And during a break in the hearing, Lewandowski’s account on Twitter posted a message soliciting help for his “potential Senate run” in New Hampshire.

Lewandowski’s contentious approach resulted in delays and procedural votes and calls for adjournment and sent Nadler’s hearing into a tailspin.

“This is the House Judiciary, not a house party,” said Rep. Sheila Jackson Lee, D-Texas.

Rep. Ken Buck, R-Colo., asked Lewandowski whether he agreed that the Democrats on the panel had become, in the phrase of Lenin’s, “useful idiots” who are continuing to do Moscow’s work in undermining confidence in democracy.

What it’s all about

For Democrats, the report and its lingering importance have to do with whether Congress impeaches Trump — ostensibly over the allegations that he obstructed justice in trying to frustrate the Mueller investigation.

Nadler sought to make clear before the fact that he says Congress is pursuing impeachment in a meaningful way, including in a recent interview with NPR member station WNYC.

In today’s interview, @RepJerryNadler expressed frustration at the misconception that impeachment proceedings aren’t underway. The committee is holding impeachment hearings this week, and investigations are active. LISTEN: https://t.co/Yc9APnDAFX

Nadler is pretending there’s an impeachment process underway, Collins says, when in fact the full House hasn’t agreed to undertake one — and the Democrats’ own leader, House Speaker Nancy Pelosi, opposes it.

Collins argues that Democrats are putting on a show to placate their most liberal supporters and create the illusion that impeachment is real. It’s a “faux-impeachment charade,” he said on Tuesday.

“They don’t have the votes,” Collins said. “The majority made a promise and they couldn’t keep it.”

For Lewandowski and other supporters of Trump, the Mueller legacy is about a cabal of insiders who conspired to frame Trump for conspiring with Russia’s interference and the Democrats who colluded to perpetuate those charges.

Mueller’s investigation established a number of links between Trump’s camp and the Russians in 2016 but not a criminal conspiracy to throw the election.

Mueller’s office also documented what some outside it have called obstruction by Trump — but the Justice Department did not seek an indictment because of the privilege that Trump enjoys protecting him from prosecution.

In the case of Lewandowski, the report describes him playing a central role in a bid by Trump to constrain the scope of Mueller’s inquiry.

Trump dictated a speech that he wanted Lewandowski to give to Attorney General Jeff Sessions, one in which Sessions would have said he wanted Mueller to confine his investigation to preventing interference in future elections — not looking in into what took place in 2016.

Ultimately Lewandowski tasked someone else, then-deputy White House chief of staff Rick Dearborn, with delivering that message to Sessions. Dearborn balked and never conveyed it to the Justice Department.

Nadler and Democrats wanted Dearborn and another former White House official, Rob Porter, to appear with Lewandowski on Tuesday, but the Trump administration declined to send them.

The White House said their testimony was shielded by executive privilege — the doctrine that permits an administration to shield some of its workings from the public.

Lewandowski also said that was the basis for his reticence, even though he never worked for the Trump administration. Lewandowski said he recognized that it wasn’t his privilege but he argued that he had a duty to protect the president’s ability to meet and take counsel in confidence.

Nadler called that yet another example of what he said was Trump’s attempt to obstruct discovery of facts about his administration.

“This is a shocking and dangerous assertion of executive privilege and absolute immunity,” Nadler said. “If he were to prevail in this cover-up while the Judiciary Committee is considering whether to recommend articles of impeachment, he would upend the separation of powers as envisioned by our founders.”