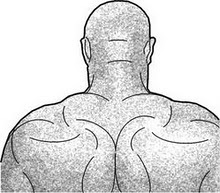 Dear America, your president canceled an important diplomatic trip to Poland because he said that he wanted to stay stateside and monitor Hurricane Dorian. Unfortunately, that was a lie. He spent the entire weekend playing golf and rage tweeting.

Dear America, a 14 year old boy in Alabama just confessed to murdering five of his own family members in their home with a 9mm handgun. The NRA will blame it on mental health and video games, and racists will say, but what about Chicago?


Dear America, do you realize that your president’s [lack of]intelligence is rubbing off on normal citizens?

Dear America, does it bother you that your president lied about a phone call from China in an attempt to manipulate the stock market?

Dear America, I would like to remind you that denying service to an interracial couple in 2019 because your bible tells you that race mixing is wrong, is not cool. I don’t care if it happened in Mississippi. Well…OK…it’s Mississippi, but it’s still wrong.

Dear America, your president just said that he was “disgusted” with the country’s number one law enforcement agency. Does that bother you at all?

Dear Whoopi Goldberg, why are you ripping Debra Messing for targeting trump’s donors? If they are going to contribute to the campaign of a bigot and a white nationalist we have a right to know who they are. They don’t get to secretly contribute to trump’s reelection and pretend that they disavow the things that he says and does. And no Whoppi, this isn’t the same as a McCarthy type blacklisting. Enabling a tyrant is not the same as wanting your government to function in a particular way.

Dear Walmart, I would like to thank you for finally coming around to restricting gun and ammo sales at your stores for certain types of weapons. That’s one small step for Walmart, one giant step for mankind.

In Her New Memoir, MaryAnne Howland Tells of She How Prepared Her Son for Manhood – The Network Journal

In Her New Memoir, MaryAnne Howland Tells of How She Prepared Her Son for Manhood – The Network Journal

Sharpie-gate, and the lie that keeps getting bigger.
AKA Int’l President Glenda Glover Initiates Funding for HBCUs – The Network Journal