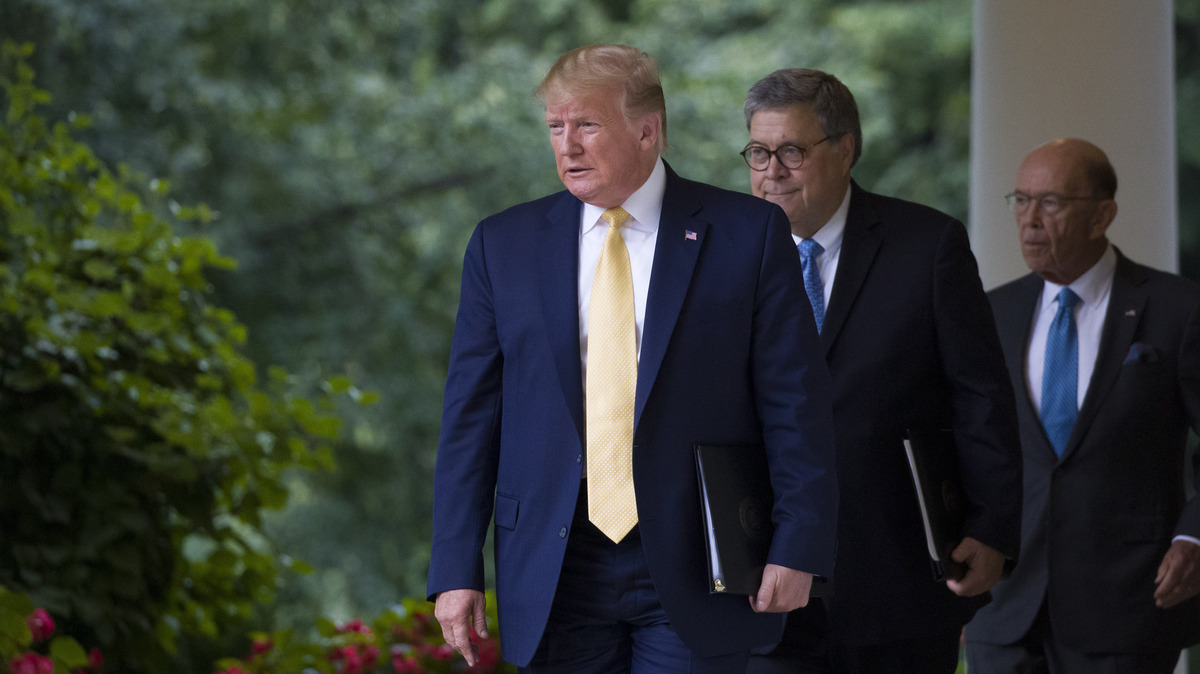 Latinx community groups based in Texas and Arizona are suing to block the Trump administration from collecting government records for the production of data concerning the U.S. citizenship status of every person living in the country.

The lawsuit marks the first legal challenge in response to Trump’s July executive order about citizenship data, extending a legal fight that began with the administration’s push for the now-blocked citizenship question.

A major GOP strategist had concluded that information — which the Census Bureau has been directed to produce by using citizenship records from other federal agencies and state governments — could be used by state redistricting officials after the 2020 census to redraw voting districts that are “advantageous to Republicans and Non-Hispanic Whites.”

In a court filing obtained Friday by NPR, attorneys with the Mexican American Legal Defense and Educational Fund and Asian Americans Advancing Justice – AAJC outline allegations that are similar to their earlier lawsuit against the addition of the citizenship question.

They argue that the Trump administration’s efforts are part of a conspiracy intended to prevent Latinx communities, noncitizens and other immigrants from receiving fair representation when state and local voting lines are redrawn after the 2020 census.

The challengers also allege that the administration is violating the Administrative Procedure Act in trying to carry out Trump’s executive order. Thomas Saenz, MALDEF’s president and general counsel, describes the efforts as a way of saving face for the president after the Supreme Court ruled to keep the citizenship question off the 2020 census forms.

“We know that effectively no process was followed,” Saenz tells NPR. “It was an announcement made in reaction to the president having to abandon his effort to include a citizenship question.”

The Justice Department declined to comment on the lawsuit, according to DOJ spokesperson Kelly Laco.

NPR has also reached out to the Census Bureau and Commerce Department — which oversees the bureau — for comment.

The complaint was filed with the U.S. District Court in Greenbelt, Md., where earlier this year MALDEF and other groups successfully challenged the Trump administration’s attempt to add a citizenship question to the 2020 census.

Compiling the records of federal agencies to create citizenship data was originally proposed by Census Bureau researchers as an alternative to the administration’s request in late 2017 for a census citizenship question. Including the question, the bureau’s chief scientist warned, could jeopardize the accuracy of census information, which is used to determine the distribution of congressional seats, Electoral College votes and federal funding among the states.

But Commerce Secretary Wilbur Ross overruled the recommendations of the researchers and pushed to add the citizenship question to forms for the upcoming national head count. In his memo announcing the question’s addition in March 2018, Ross directed the bureau to begin gathering citizenship records from other federal agencies in order to “match” them with responses to the question “to provide more comprehensive information for the population.”

Ultimately, however, three federal judges, including one in Maryland, blocked the question in part because they found that Ross violated a legal requirement to rely on existing government records for demographic information before resorting to adding a census question.

The executive order makes no mention of the Voting Rights Act — the administration’s original stated reason for why it wants citizenship data that are more detailed than the estimates the government has used to enforce the civil rights-era law since it was first enacted in 1965.

Instead, the order said the information could be used for understanding “the effects of immigration” on the U.S., evaluating the “potential effects of proposals to alter the eligibility rules for public benefits,” producing a “more reliable” count of unauthorized immigrants and for allowing states to redraw voting districts based on the number of eligible voters in an area rather than all residents.

“I understand that some State officials are interested in such data for districting purposes,” Trump said in the order. “This order will assist the Department in securing the most accurate and complete citizenship data so that it can respond to such requests from the States.”

This week, the Census Bureau announced that not a single state redistricting official asked for citizenship information to be included in the redistricting data the bureau plans to release after the 2020 census.

The agency, however, said that it is still working to put out citizenship data for state redistricting in 2021.