Yazmin Juárez, testified on Wednesday before Congress about the treatment of her daughter Mariee, who died after being released from detention by U.S. Immigration and Customs Enforcement. 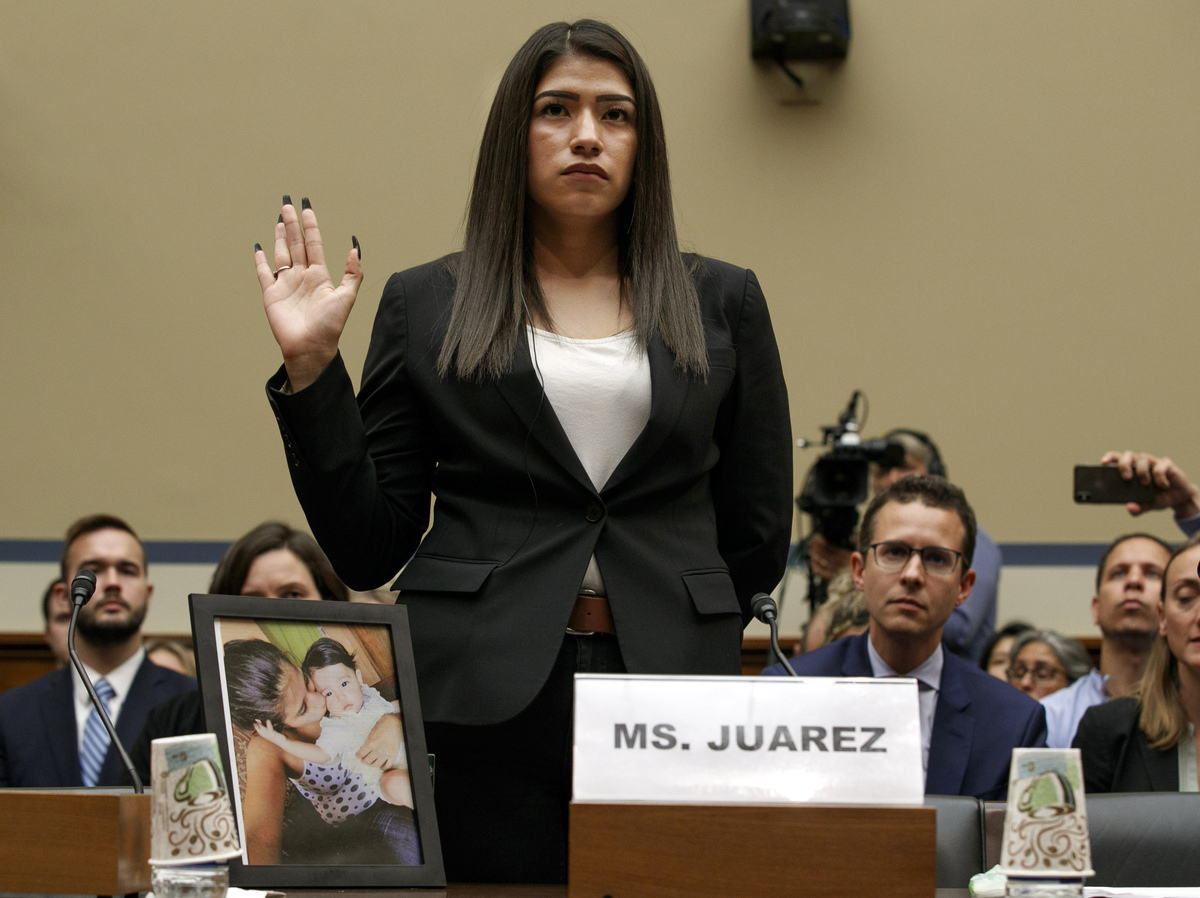 Yazmin Juárez, testified on Wednesday before Congress about the treatment of her daughter Mariee, who died after being released from detention by U.S. Immigration and Customs Enforcement.

“I’m here today because I want to put an end to this,” Yazmin Juárez told members of Congress tearfully on Wednesday.

Lawmakers listened as Juárez testified about the preventable death of her daughter in 2018, weeks after they were released from U.S. Immigration and Customs Enforcement custody.

Juárez said she had fled Guatemala with her daughter, Mariee, because she feared for their lives and hoped for a better future. “Instead, I watched my baby girl die slowly and painfully just a few months before her second birthday.”

Mariee had been a healthy and happy baby, making the journey to the U.S. southern border without any health problems, Juárez testified. They spent a few days in a Customs and Border Protection facility she referred to as the “icebox” for its cold temperature. She said they were locked in a cage with about 30 other people, sleeping on a concrete floor.

Then they went to the South Texas Family Residential Center in Dilley, a sprawling federal detention center. A nurse examined Mariee and found her to be healthy, Juárez said. She noticed a number of children in the room were sick, and that “no effort was being made to separate the sick from the healthy or to care for them.”

After a week, Mariee started to cough and sneeze. Juárez said they waited in a long line to be seen at a clinic. Eventually a physician’s assistant said her daughter had a respiratory infection and prescribed Tylenol and honey for her cough, Juárez said. But Mariee just got worse. She began to vomit and have diarrhea. She had a fever and stopped eating.

Juárez said her daughter lost nearly 8% of her body weight in just 10 days. “I remember her head and her little body felt so hot and she was weak,” Juárez recalled.

Mariee was given antibiotics for an ear infection. “I begged them to do deeper exams but they sent us back to our room.” Future efforts to defeat Mariee’s ailments, with Pedialyte and Vicks VapoRub, didn’t help.

Mariee spent six weeks in hospitals with a respiratory infection. On a ventilator, Juárez said, Mariee asked for her but Juárez couldn’t hug or hold her.

“My Mariee died on what is Mother’s Day in my country,” Juárez said in tears. “When I walked out of the hospital that day, all I had with me was a piece of paper with Mariee’s hand prints in pink paint that the staff had created for me” — a Mother’s Day gift.

Lawmakers from both sides of the aisle were sympathetic as they commented and asked questions. Rep. Chip Roy, R-Texas, told her, “No hay palabras, there are no words.” Then he thanked her for her faith and courage in testifying.

In 2018, Juárez filed a $60 million lawsuit against the U.S. government in connection with her child’s death.

Her testimony came in the wake of scathing reports of filthy conditions in detention facilities. And since December, at least five migrant children have died after being apprehended at the southern border.