U.S. District Judge Jesse Furman, who hears cases at the federal courthouse in New York City, on Tuesday denied the Trump administration’s request to swap out its entire legal team for the New York-based lawsuits over a potential citizenship question on the 2020 census. 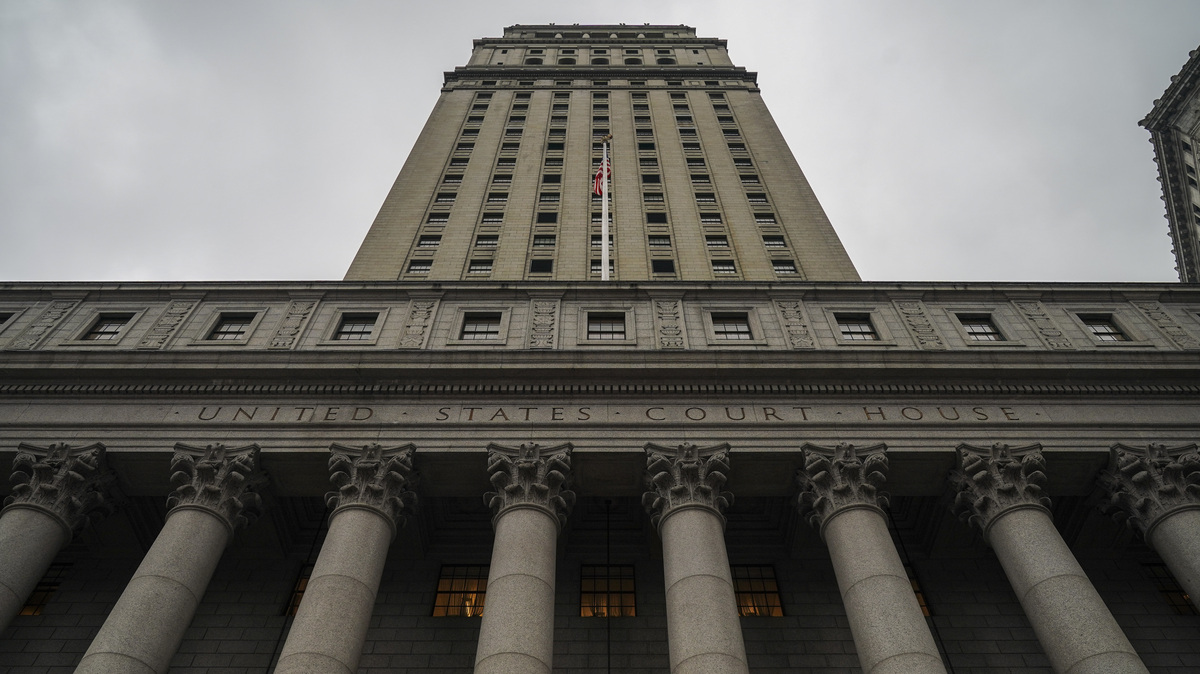 U.S. District Judge Jesse Furman, who hears cases at the federal courthouse in New York City, on Tuesday denied the Trump administration’s request to swap out its entire legal team for the New York-based lawsuits over a potential citizenship question on the 2020 census.

Two federal judges have rejected the Trump administration’s requests to completely swap out its teams of lawyers who have been defending its push to add a citizenship question to the 2020 census.

The move marks a setback for the administration as it prepares to make an expected announcement about its new strategy for getting the question onto forms for the census after the Supreme Court ruled last month to keep it off for now.

U.S. District Judge George Hazel of Maryland wrote Wednesday that “as a practical matter, the Court cannot fathom how it would be possible, at this juncture, for a wholesale change in Defendants’ representation not to have some impact on the orderly resolution of these proceedings unless Defendants provide assurance of an orderly transition between the withdrawing attorneys and new counsel.”

In an opinion released Tuesday, U.S. District Judge Jesse Furman of New York also denied the DOJ’s request to swap out its legal team. He called the administration’s request “patently deficient” in part because the Justice Department has not provided a reason for withdrawing attorneys who have been working on the cases for months, as is required by a local court rule for the federal court in Manhattan.

Furman also noted he is not satisfied with the administration’s “mere” expectation that switching out lawyers while the legal battle continues would not be disruptive. If not resolved soon, the lawsuits could jeopardize the Census Bureau’s ability to officially begin in January the constitutionally mandated head count of every person living in the U.S.

Justice Department spokesperson Kelly Laco said the department declined to comment on both of the rulings.

But in a filing to the judge in Maryland, the Justice Department said its new attorneys had already started working on the cases and argued that the attorney general has the authority to send any officer of the agency to a state or district to represent the U.S.

“The staffing change the Department has made will not affect the posture of the case or cause any disruption in this matter,” DOJ attorneys wrote.

Plaintiffs had asked Judge Hazel to make the Trump administration explain why it wants to swap out its legal team and confirm that doing so won’t delay the cases.

In New York, Furman did allow two attorneys to withdraw from the cases. One had already left the Justice Department, and the other had left the department’s Civil Division.

But other lawyers who want to leave the New York-based lawsuits will have to provide sworn statements explaining why they’re withdrawing while the lawsuits proceed.

President Trump reacted to Furman’s decision in a tweet Tuesday.

So now the Obama appointed judge on the Census case (Are you a Citizen of the United States?) won’t let the Justice Department use the lawyers that it wants to use. Could this be a first?

Judges usually allow attorneys to withdraw from ongoing cases for an illness, a death in the family or “some extenuating circumstances,” according to Carl Tobias, a law professor at the University of Richmond’s School of Law.

“I think that judges like Furman and Hazel are sick of DOJ and Trump perverting the federal justice system and having a client like Trump who places counsel in compromising situations,” Tobias said. “Federal judges abhor counsel not being clear with the courts.”

Some plaintiffs in the citizenship question lawsuits say they’re determined to find out why Justice Department attorneys want to step away from the cases.

“The Justice Department owes the public and the courts an explanation for its unprecedented substitution of the entire legal team that has been working on this case,” said plaintiffs’ attorney Dale Ho of the ACLU. “The Trump administration is acting like it has something to hide, and we won’t rest until we know the truth.”

Judge Orders Halt As Federal Executions Are Set To Resume This Week : NPR