Sen.-elect Mitt Romney says President Trump “has not risen to the mantle of the office.” 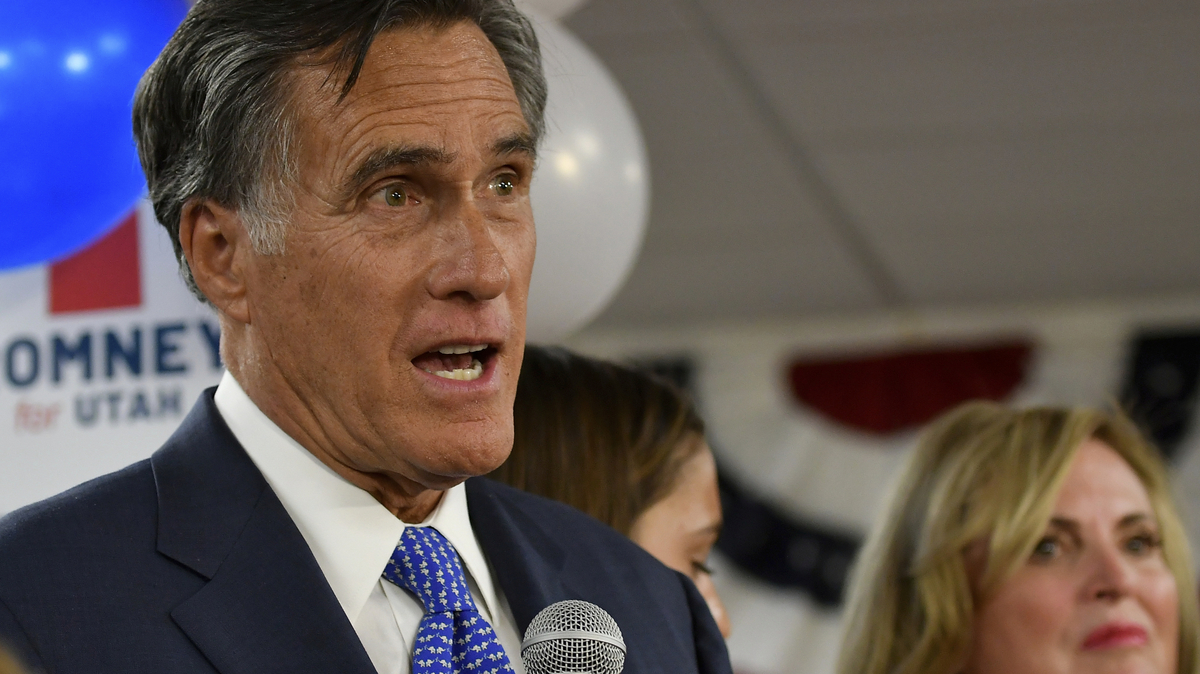 Sen.-elect Mitt Romney says President Trump “has not risen to the mantle of the office.”

Picking a fight with the leader of his party on the eve of being sworn in, former GOP presidential candidate and incoming freshman Sen. Mitt Romney, R-Utah, writes that President Trump “has not risen to the mantle of the office.”

In an op-ed in Wednesday’s Washington Post, Romney said, “Trump’s words and actions have caused dismay around the world.”

Romney opposed Trump’s candidacy in 2016, calling him “a phony, a fraud,” but was willing to join his administration and met with the president-elect over dinner; he was widely considered to be a candidate for secretary of state. He was also endorsed by Trump in his Senate bid.

Not surprisingly, Trump quickly responded to Romney’s criticism on Twitter, asking, “is he a Flake?” referring to outgoing Arizona Sen. Jeff Flake, a prominent GOP critic of Trump. The president said Romney “should be happy for all Republicans” and should be “a TEAM player.”

Here we go with Mitt Romney, but so fast! Question will be, is he a Flake? I hope not. Would much prefer that Mitt focus on Border Security and so many other things where he can be helpful. I won big, and he didn’t. He should be happy for all Republicans. Be a TEAM player & WIN!

Other Republicans joined in Trump’s criticism, including Republican National Committee Chairwoman Ronna McDaniel, who is Romney’s niece. “For an incoming Republican freshman senator” to attack Trump, she tweeted, “is disappointing and unproductive.”

POTUS is attacked and obstructed by the MSM media and Democrats 24/7. For an incoming Republican freshman senator to attack @realdonaldtrump as their first act feeds into what the Democrats and media want and is disappointing and unproductive. https://t.co/ArhI7Bi7bo

At times, Romney’s essay sounded like a campaign manifesto for a potential 2020 primary challenge to Trump. “The world needs American leadership,” Romney wrote, “and it is in America’s interest to provide it.”

Romney wrote that “not all of the president’s policies have been misguided,” citing corporate tax cuts, reduced regulations and appointment of conservative judges. Romney said he will support Trump policies that he believes are “in the best interests of the country and my state.” But Romney said he will speak out against “significant statements or actions that are divisive, racist, sexist, anti-immigrant, dishonest or destructive to democratic institutions.”

Trump’s Judicial Appointments Were Confirmed At Historic Pace In 2018 : NPR