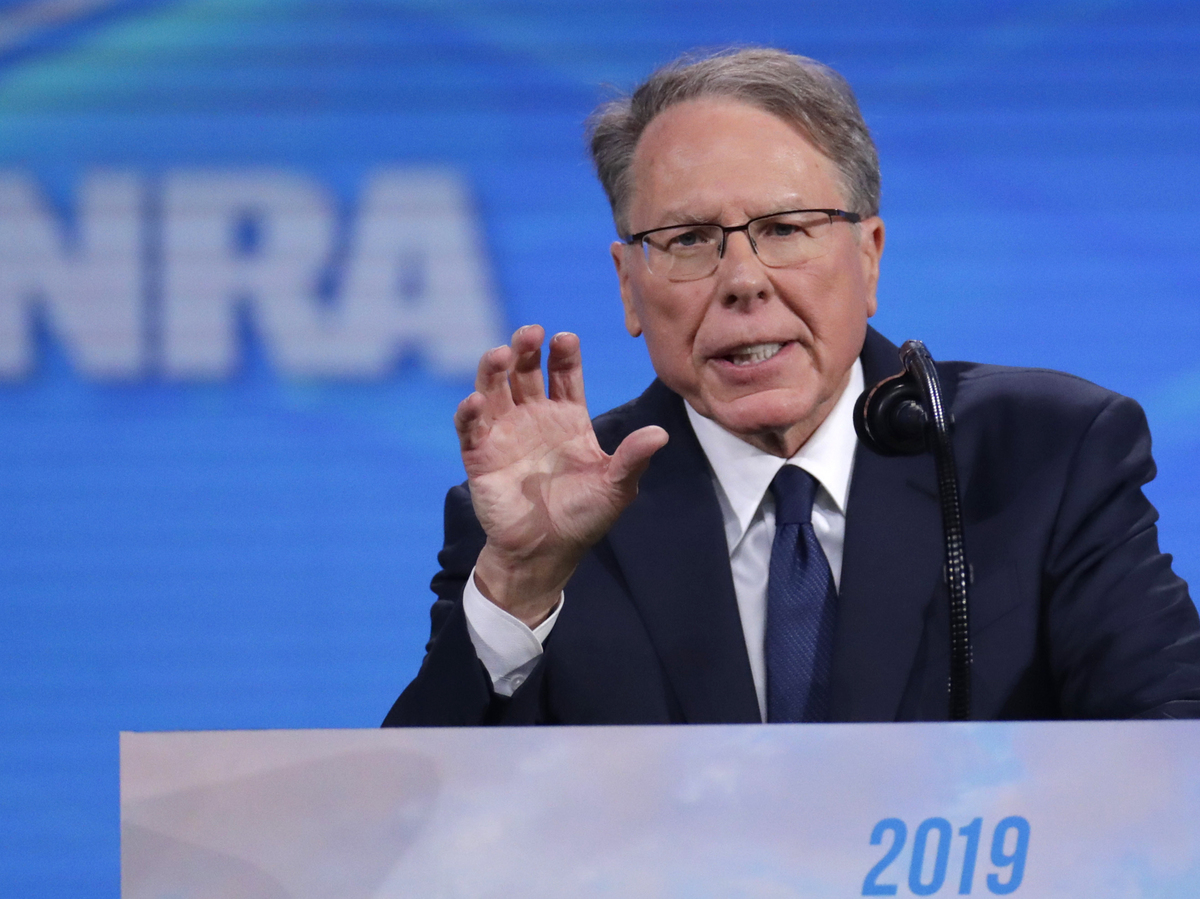 The disclosures prompted board member Allen West to speak out. On Tuesday he announced that he had previously called for LaPierre’s resignation and argued that “it is imperative that the NRA cleans its own house.” A second NRA board member followed suit on his Facebook page by writing, “it is time for new management.”

These developments, combined with a cascade of stories about other incidents of runaway spending at the gun rights organization, especially rankled former rank-and-file NRA employees.

They told NPR about low wages, pension problems and a culture of fear within the organization that treated ordinary staff very differently than its leadership.

Especially upsetting was the disclosure of these enormous costs despite one fact acknowledged in documents obtained by NPR: The company has underfunded pensions affecting hundreds of former and current employees — even as LaPierre made $1.4 million in 2017, according to the group’s most recent financial disclosures.

“In relation to other nonprofit organizations, he is paid more than just about anybody else in the field,” said Daniel Borochoff, president of Charity Watch, a nonprofit watchdog. “Do they need to pay him this in order to operate well? Or are there other executives that they would be able to hire that would be able to do the job as well at a lower cost? That’s what nonprofits need to defend.”

Of the over 600 organizations that Charity Watch tracks, LaPierre is the eighth highest compensated nonprofit leader in the country. If you exclude hospitals or medical professionals, he is the second-highest compensated, Borochoff said.

It’s a level of compensation that has been noticed by former NRA staff, who are now speaking out publicly.

“I can think of no other non-profit organization that compensates their Executive Vice President the kind of salary and benefits that Mr. LaPierre gets relative to how much employees receive,” wrote former 13-year NRA employee Andy Lander in an open letter that has circulated widely throughout the gun rights community.

Lander added, “I also cannot understand how a person like Mr. LaPierre treats the people that work for him like his own personal indentured servants, unless you know the secret handshake, then you’re compensated very handsomely as long as you follow along blindly providing no resistance to the people running the organization.”

The National Rifle Association did not respond to multiple requests for comment on this story. But LaPierre retains a substantial amount of support from his board of directors.

“Wayne has dedicated his entire life to defending our freedom. And as the leader of the association Wayne has led the NRA through the most incredible, hard-fought victories,” said board member Carolyn Meadows during the NRA’s annual meeting last month. “Wayne will be the first to say that it’s not him, that it’s about the members.”

Meadows was subsequently selected to be the president of the organization.

Even as the organization pays its top executives high wages, the future prospects for those NRA employees who qualify for a pension are worsening.

NPR obtained a copy of 2019 National Rifle Association pension documents from a source with direct access to them. Brian Mittendorf, who chairs the Department of Accounting at Ohio State University, helped NPR review these documents.

They show that the NRA’s pension obligations were approximately $134 million at the beginning of this year, but they had only set aside just $93 million to meet those obligations.

They also show that the NRA’s pension situation has become more troubling in the past few years. There are 786 individuals currently in the NRA’s pension plan, of which 223 are current employees at the organization.

Buried at the bottom of one page of the pension report, in a bullet point, the NRA said it had implemented a freeze to their pension plan in 2018. This means that even current employees who are in the plan can no longer accrue new benefits despite continuing to work for the organization.

“In effect, it is the most an organization can do to cut pension benefits without completely terminating its plan,” Mittendorf said.

The freeze in benefits for employees who participate in the pension plan is in contrast to a one-time $3,767,345 supplemental retirement payment LaPierre received in 2015 according to the NRA’s public disclosures.

Complaints about low wages and a ‘culture of fear’

Former employees say that the National Rifle Association had a difficult working environment.

“There was a culture of fear,” said Vanessa Ross, who worked there from 2008 to 2011, managing the group’s disabled shooting services. “The moment you poked your head up and started asking questions, that’s when I felt everything turn — then it was like I was the pariah. I was treated as if I was this horrible person, that I wasn’t doing my job properly.”

Ross said she was fired by the NRA after she raised questions about cuts to the group’s disabled shooting services.

A number of former employees spoke about the struggle to make ends meet on an ordinary NRA employee’s salary, a topic Lander also touched on in his open letter.

When he left, due to frustration about the organization’s high executive compensation, he was offered more than double the salary to work in training for a different company, he told NPR.

“People at the bottom were not making a lot of money. Fundraising people made some money, but not much compared to a typical DC nonprofit,” added Aaron Davis, who worked on fundraising at the NRA from 2005 to 2015. “I’m guessing about 10,000 dollars less than they would at a comparable position elsewhere.”

In the midst of all the disclosures of high spending, the National Rifle Association has to deal with the launch of a new investigation by the New York Attorney General and numerous congressional inquiries into its finances.

And the NRA has to contend with grassroots members like Rob Pincus, a gun rights supporter who was among those seeking to oust the current leadership at the National Rifle Association recent annual meeting.

“They’re sending out requests for money, saying they might go bankrupt in their legal fight with New York. They’re going through all of this drama of saying they need money, while they are spending money on all these things that can’t even be justified,” Pincus said. “The employees have known about it for some time, but now the membership is starting to understand this.”