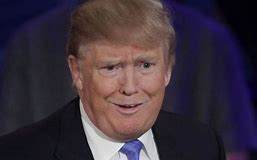 The rapper Common must have been reading my mind. I say this because of his recent comments about Mr. trump’s mental health.

“He may be the most powerful person on Earth, but Donald Trump needs help, in the opinion of the famously enlightened American rapper Common.
“You can see his actions and behaviour are that of somebody who don’t really love themselves,” said the singer, who revealed how therapy turned his life around earlier this year in his bestselling memoir, “Let Love Have the Last Word”.
The US president is a victim of his own out-of-control ego, the Chicago-born performer of hits like “The Light” commented to AFP before a show in Paris at the weekend.
Trump has “got some issues going on. And those issues need to be resolved,” Common said.
“Narcissism is something that can be dealt with. Therapy can help that. And I would subscribe every leader (to it), even if you were a good leader,” he told AFP.
“So somebody would really help the country and the world if they would” take the US president aside and tell him, “‘Hey, this needs to be part of your programme, some therapy’.”
Common speaks from experience with therapy. In his memoir and the accompanying album, “Let Love”, the rapper opens up about his time on the couch that helped him put his childhood abuse behind him and grow as a man.
– ‘Be quiet and listen’ -“ [Source]
This of course is all true, but it’s sad because we know that the last thing that Donald trump will do is “be quiet and listen.” It’s just not in him. A seventy plus year old man with an out of control ego and showing early signs (or late depending on who you ask) of dementia is not going to go quietly into the night.
Of course none of this would matter to us if the guy was still some cartoonish reality talk show host telling washed up B list actors and celebrities that they are fired on his show. Sadly, the stuff he does has serious implications and could mean life or death to thousands and thousands of people. This just isn’t  funny anymore.
The Middle East is on the verge of war and our own Private Bone Spurs is tweeting threats to the Iranians on twitter. Mind you we don’t even know if they Iranians are to blame for bombing the Saudis precious oil plants. They say they are not, and trump says that they are. Isn’t it sad when you believe the Iranians more than you do your own president? Private Bone Spurs declared that we are “locked and loaded” and he put the Iranians on notice that we are ready to proceed. He also tweeted that what we do depends on who the Saudis believe bombed their facilities. And here I thought the will of the American people came first. Silly me.
Peter Wehner, writing for The Atlantic, had the following to say about trump’s fitness for office:
” Donald Trump’s disordered personality—his unhealthy patterns of thinking, functioning, and behaving—has become the defining characteristic of his presidency. It manifests itself in multiple ways: his extreme narcissism; his addiction to lying about things large and small, including his finances and bullying and silencing those who could expose them; his detachment from reality, including denying things he said even when there is video evidence to the contrary; his affinity for conspiracy theories; his demand for total loyalty from others while showing none to others; and his self-aggrandizement and petty cheating.”[ Source]
This is all true. And it  makes Mr. trump scary as hell.
*pic from reddit.com.