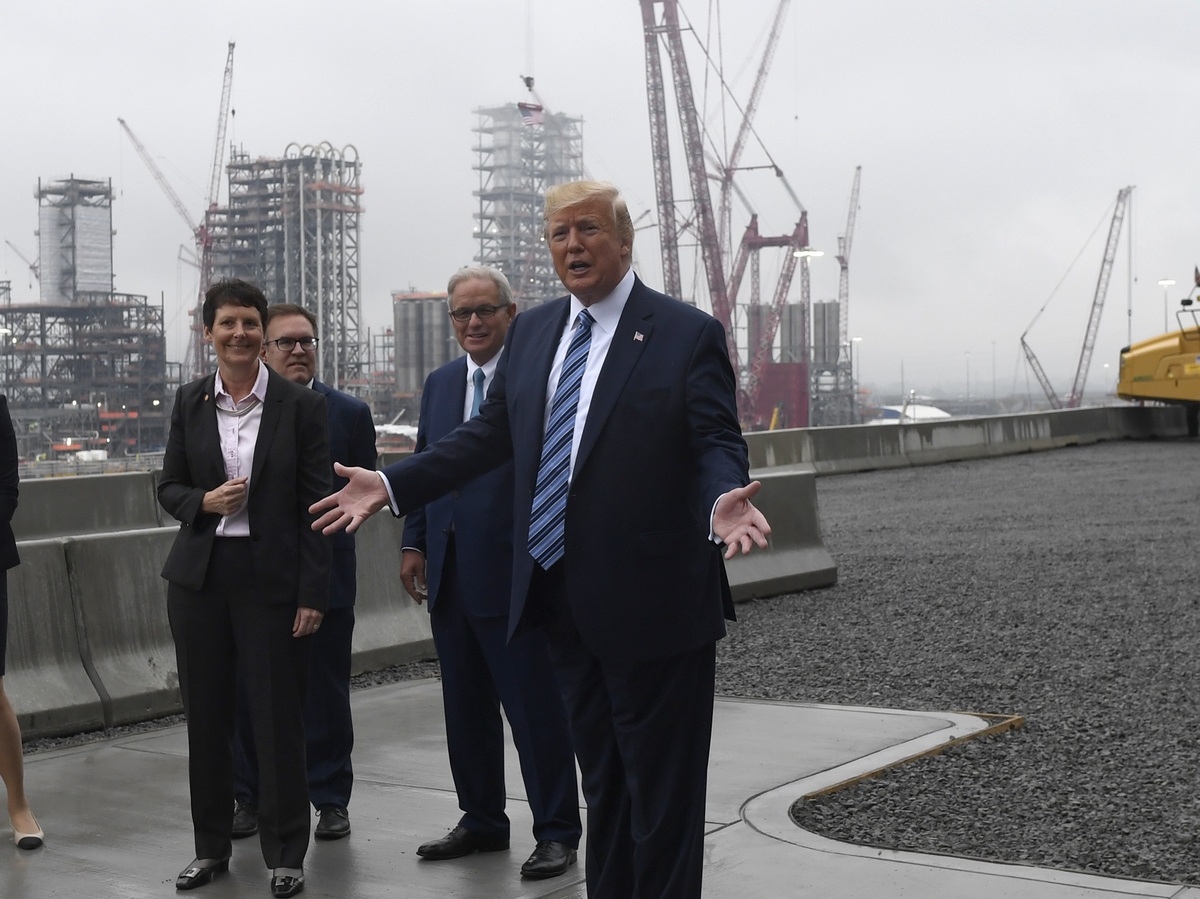 Workers at a petrochemical plant in western Pennsylvania were given a choice ahead of President Trump’s visit to the site on Tuesday: attend the president’s speech, stay home without pay or use up part of their paid time off.

Many of the construction workers did not find it a difficult choice. Seeing Trump’s event at the ethane cracker plant operated by Royal Dutch Shell in Beaver County, Pa. was a welcome sight, Ken Broadbent, business manager for Steamfitters local 449, told NPR.

“I’ll tell ya what,” Broadbent said. “I’ll do photo ops all day long if they put another cracker in our area.”

“Cracker” is industry lingo for a facility that converts oil and gas into tiny pellets that can be used in plastic products. When construction is complete and the plant is operational in the coming years, it is expected to employ about 600 permanent workers.

Shell spokesman Curtis Smith said the company did not write the notice to workers. Broadbent said it was devised by a construction site contractor, which did not reply to a request for comment.

Smith said if workers chose not to attend the president’s speech, they had the option to either stay home without pay, or take a paid time off day.

Missing a day of work could amount to $700 in pay, benefits and a per diem payment that out-of-town workers receive, a union leader told the Pittsburgh Post-Gazette.

“Tuesday was treated as a training (work) day with a guest speaker who happened to be the President,” Smith told NPR. “It was understood some would choose not to attend the presidential visit and were given the option to take paid time off (PTO) instead.”

The memo, which was first reported by the Post-Gazette, instructed workers to show up at 7 a.m., scan their ID cards and stand for hours through lunch. Workers were told not to shout, protest or do anything that could be “viewed as resistance,” the newspaper reported.

Trump’s visit was an official White House event, not a speech connected to the president’s re-election campaign.

In the talk, Trump applauded natural gas extraction across Appalachia.

“You’re sitting on gold, and we’re taking advantage of it,” Trump said.

The president told workers at the plant, one of the largest construction sites in the country, that he was depending on their votes in 2020.

“I’m going to speak to some of your union leaders to say, “I hope you’re going to support Trump.” Okay?” Trump said. “And if they don’t, vote them the hell out of office because they’re not doing their job.”

To Broadbent, the union business manager, any politician willing to fight for more jobs is something his members can support.

“We back politicians, whether Republican of Democrat, who help create jobs. That’s the most important thing, it gives us health coverage. It gives us pension vehicles. It gives people a middle-class way of life. So the building trades and the Steamfitters are pro-jobs,” Broadbent said.

Trump won Beaver County, a largely agricultural region about 35 miles north of Pittsburgh, in 2016 with roughly 57% of the vote.